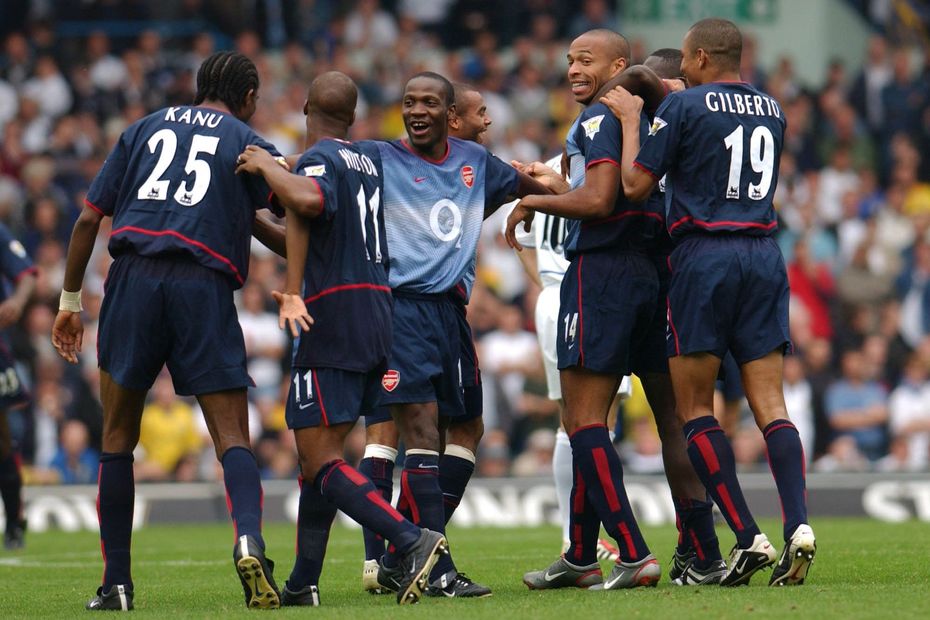 Ask Arsenal fans about 2002 and most will probably relive the week in May when Arsene Wenger‘s side won the Premier League and the FA Cup.

But for the content creator Scully, the date that stands out is a bit later, 28 September 2002.

“It was a seemingly random game the following season at Elland Road that made me a proper Gooner,” Scully says 20 years on.

“I didn’t notice when the teamsheet was read out. I’m not sure I even noticed when the team walked on to the pitch. But when that first goal went in it was glaringly obvious that, for the first time in Premier League history, nine of the 10 outfield players were black.”

✊ That was the day, @isthatscully became a Gooner

October marks Black History Month in the UK, with the Premier League and clubs celebrating the incredible contribution of players of African and Caribbean descent, and highlighting the importance of equality, diversity and inclusion.

For Scully and others, seeing these players helped them to identify with football and with Arsenal.

“Of course, skin tone shouldn’t matter, but in my life it did,” says Scully. “I grew up reading comics, watching films, playing games. But it was that day, on my screen, on that pitch, where I saw heroes that were tangible.

“To that young boy it meant everything, and I know I’m not the only one.”