Newcastle leap into fourth spot with win at Spurs 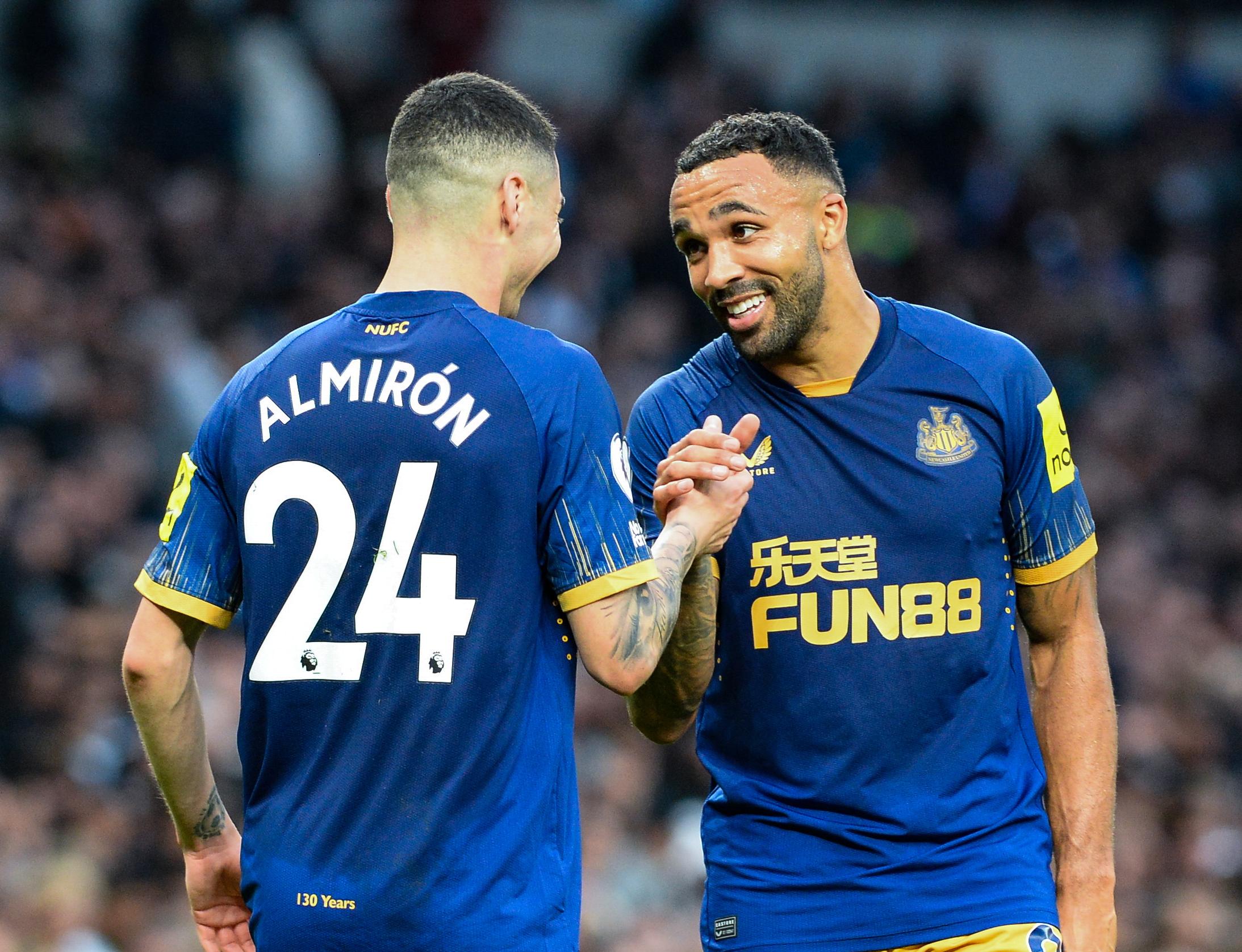 Newcastle United moved above Chelsea into the top four and to within seven points of leaders Arsenal with a 2-1 victory at Tottenham Hotspur.

Callum Wilson broke the deadlock with a 30-yard lob, reacting first after a coming together with Hugo Lloris, to ensure he has scored in all three of his Premier League appearances for Newcastle against Spurs.

Miguel Almiron put the visitors 2-0 ahead at the break, latching on to Sean Longstaff‘s flick before slotting home his sixth Premier League goal of the season.

Harry Kane‘s stooping 54th-minute header halved the deficit, but Spurs could not find a way back and a first home defeat since April leaves Antonio Conte‘s side third on 23 points, one place and two points clear of Newcastle.

Arsenal dropped Premier League points for only the second time this season as they were held to a 1-1 draw at Southampton.

Granit Xhaka‘s sweeping finish from Ben White‘s low cross put Arsenal 1-0 up after 11 minutes and they could have added another, but for a brilliant save by Gavin Bazunu from Gabriel Jesus.

Southampton battled back and secured a share of the points on 65 minutes when Stuart Armstrong finished a flowing move.

Leicester City moved out of the bottom three with a 4-0 win at Wolverhampton Wanderers – their first away success of the season.

James Maddison added a third with a crisp finish beyond Jose Sa and substitute Jamie Vardy completed the scoring in a win that takes Leicester up to 16th on 11 points, three places and two points clear of Wolves in 19th spot.

Leeds United dropped into the bottom three as second-half goals from Bobby De Cordova-Reid and Willian completed a 3-2 comeback win for Fulham at Elland Road.

Rodrigo‘s 20th-minute header had put Leeds 1-0 up but Aleksandar Mitrovic levelled six minutes later with his ninth goal of the season.

De Cordova-Reid and Willian put Fulham in control and although Crysencio Summerville reduced the arrears with his first Premier League goal in added time, it was not enough to prevent Leeds slipping to a fourth straight defeat.

Leeds are 18th on nine points, while Fulham move up to seventh spot with 18.

Ings at the double

Danny Ings netted twice as Aston Villa marked their first match since Steven Gerrard’s departure with a 4-0 victory against Brentford.

Villa raced into a three-goal lead in the opening 15 minutes with Leon Bailey and Ings’ double, including a penalty, putting them in control.

Former Brentford striker Ollie Watkins added a fourth on 59 minutes with a close-range finish to seal a win that moves Villa up to 14th on 12 points.

The last fixture of Matchweek 13 takes place at the London Stadium on Monday when West Ham United host AFC Bournemouth.

West Ham will be hoping to move five points off the relegation places with a win, while AFC Bournemouth are looking to extend their unbeaten away run to four matches.