Salah back in form for duel with Haaland 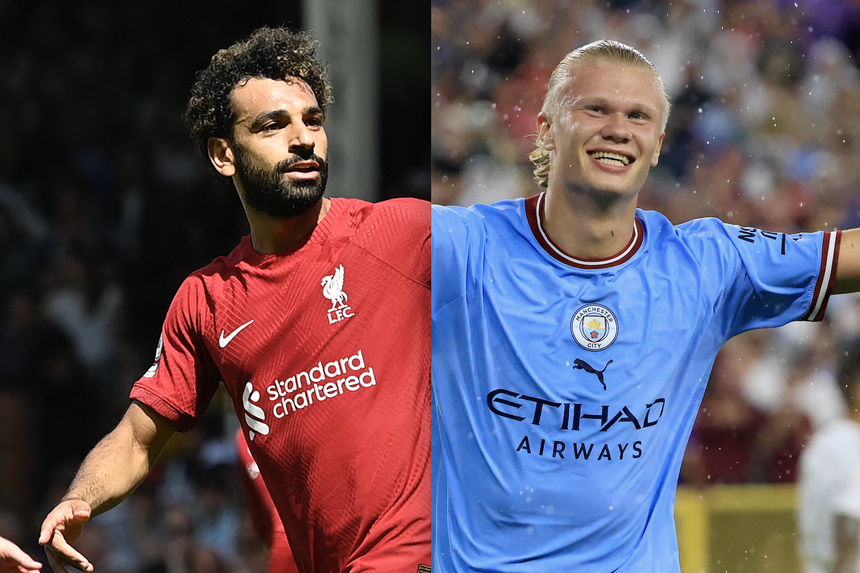 Mohamed Salah’s (£12.7m) return to form in midweek suggests he could outscore Erling Haaland (£12.2m) in their head-to-head in Gameweek 11 of Fantasy Premier League.

The Egyptian scored a hat-trick as a substitute in Liverpool’s 7-1 win over Rangers in the UEFA Champions League on Wednesday.

Salah has a reliable record against Manchester City, averaging 8.4 points per home meeting. He has four goals, two assists and only one blank in those five outings.

Nonetheless, Haaland’s incredible start to his Man City career means he will again be the most-selected captain in Fantasy.

A record-breaking 7.1 million managers handed the Norwegian the armband in the last Gameweek.

Haaland has averaged 11.3 points per match in 2022/23 Fantasy, producing attacking returns in all nine of his appearances.

It is worth noting, though, that he has only been the top-scoring player in two of the nine Gameweeks so far.

His team-mate Phil Foden (£8.2m) can also deliver a huge haul at Anfield.

Back Spurs stars at home?

Elsewhere, Tottenham Hotspur pair Harry Kane (11.4m) and Son Heung-min (£11.7m) host an Everton side who are without an away clean sheet this season.

Kane has averaged 7.6 points per match since Gameweek 2, while Son has scored five of Spurs’ nine goals in their last two home matches across all competitions.

Leicester City’s Maddison has averaged 7.8 points per home match this season ahead of a visit from Crystal Palace.

Bowen travels to Southampton on the back of two goals, an assist and 21 points in West Ham United’s last two encounters.

Lastly, Trossard boasts strong away form for Brighton & Hove Albion’s trip to Brentford, scoring a hat-trick in a 3-3 draw at Liverpool in his last road trip.

Record US audience tune in as Arsenal beat Man Utd

Derek Carr has a hilarious reaction to his Pro Bowl invite

How to succeed in the AFL’s cutthroat coaching world

Record US audience tune in as Arsenal beat Man Utd

Derek Carr has a hilarious reaction to his Pro Bowl invite

How to succeed in the AFL’s cutthroat coaching world